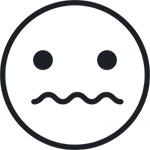 For anyone who wants to protest something, if you want to truly win minds and hearts and bring change to a system, a community, or an organization- you’re going to have to use your best thinking and your best intelligence. If you are protesting out of mindless anger, if you are just reacting, your protest will be contaminated by the cognitive distortions. These are the childish thinking patterns that we all tend to regress to under stress. Today you can see them in the raw in the protests and riots occurring in many American cities. Here’s another place where thinking for a living is so critical.

Over-Generalization and All-or-Nothing Thinking. This cognitive distortion takes one or a few instances of an action and generalizes it to everybody in a category. Factually, however, when one person misbehaves, that does not mean all related persons do the same. One policeman who doesn’t listen to bystanders, doesn’t follow protocol, and whose actions lead to a death doesn’t mean all police do the same. Among any and every profession there are going to be “bad apples.” 99.9 percent of police never do what Darrell Reider did in Minnesota last week. Protesting against “Police violence” is an over-generalized hallucination.

Labeling. This cognitive distortions fails to recognize the difference between a name or a term and reality. Darrell Reider may be convicted in a court of law of “murder,” but calling him a “murderer” before that conviction is name-calling. The video certainly indicates that his “knee to the neck” actions were responsible for George Floyd’s death. We will know more when the autopsy comes back. Protest signs, “Blue Lives Murder,” combines over-generalization with labeling to aggravate the situation and induces unreasonable hatred and anger.

Emotionalizing. Protest signs, “No Justice, No peace” emotionalizes the situation using two vague nominalizations. What does “justice” mean? It doesn’t mean anti-vigilant revenge. “Justice” is a matter of the legal system-a process now underway. Reider has been arrested and charged with manslaughter. Officials say the others will be charged. “No Justice, No peace” is a threat to riot if one doesn’t get his way, that’s not how civilized people operate.

Personalizing and Identification. Many speakers on TV have said things like, “I could have been George Floyd.” Oh really? You try to buy things with counterfeit twenty dollar bills? You have done time in prison? The identification based only on skin color and not on character, profession, lifestyle, etc. is a cognitive distortion.

Blaming. Over-generalizing about “black” people and “white” people and using vague phrases about “racism” (another vague nominalization, especially when there is only one human race) leads to childish and non-responsible blaming. Adults assume responsibility for their lives, their finances, their education, their skills, etc. It’s easy to blame, it’s much tougher to take responsibility. A person is a victim to the extent that one thinks and acts like a victim.  If you believe circumstances make you and you are powerless to help yourself, then “so be it unto you.” Your belief is the problem. You are just giving your power away and endowing others (or “the system”) with the power to victimize you. Nelson Mandilla did not do that. Martin Luther King Jr. did not do that. Viktor Frankl did not do that.

Blaming someone else for acting badly often distracts us from the bad behaviors of the blamers. Blaming one (or four) police for what happened to Floyd while throwing bricks, setting fires, fighting, looting, etc. makes the blaming just an excuse to act badly.

Awfulizing. “Isn’t it awful the plight of minorities!” Here again we have all-or-nothing thinking and over-generalization. All minorities? Many minorities, especially first-generation emigrants to the US, typically so thankful to be in a country of opportunities, go out and make things happen so that they enter the middle class by the second generation.

Entitlement and “the musts.” This is the cognitive distortion that starts from the premise that “the world owes me,” “the government owes me,” etc. Little children think this way and think that “everything always must to be fair.” And when it’s not fair, they throw a tantrum.  When people grow up and put away childish things, they get over this distortion and put in the effort to earn and achieve the things that they want.

These cognitive distortions prevent people from thinking clearly and, in the end, make things worse for everyone. A great way to handle the current torrent of mis-information is to listen for, and learn to identify, cognitive distortions. Once you can do that- you are in a position to clean out the distortion and think more clearly.