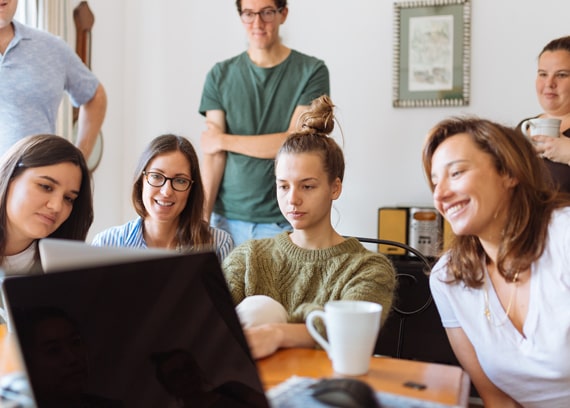 ~By Michael Hall and Shawn Dwyer~

The thinking that leads a person to assume personal responsibility for self
is hard. It is hard personally and it is hard mentally. That’s because it
is a thinking that requires a lot of personal development and maturity. It
is not the thinking of children or the immature. Response-ability thinking
involves recognizing your innate powers of thinking, feeling, speaking, and
acting- powers that cannot be taken away from you, but powers that you can
give away. That’s what victim thinking does.

Opposite to the ability-to-choose-my-own-response thinking is blame thinking. It is much easier to do and given how children so easily fall into it – it must be a default thinking pattern of children. When a child gets into something, messes something up, causes havoc- an easy and cheap way to “feel good” anyway is to avoid accepting responsibility for oneself and to blame. You can blame your brother or sister. Or you can blame mom or dad. You can blame the weather, the TV, the neighbor, the cat … the objects of blame are infinite.

If you have not learned how to own your innate powers- then an easy, cheap,
and illegitimate way to “feel good” is to blame others for your situation and your problems. And if you run out of parents, family, culture, school, and government to blame, then blame fate, blame God, blame the universe, blame your genetics, blame the politicians.

Now there are actually lots of benefits and advantages to blaming- which
explains why it is so prevalent. First, you get to avoid unpleasant things. When you blame you can avoid or save yourself from feeling responsible and accountable. Now you don’t have to face the bad feelings you have let yourself and others down. Then as an extra – -you get to feel righteous, and even better- self-righteous. You can feel a pseudo-spirituality, “I’m better than others.”

Then There Is The Freedom From Effort

When you blame, you also don’t have to do anything. Blaming saves you the time, effort, and energy of taking effective actions. You don’t have to correct what you did wrong, you don’t have to invest the energy and effort in learning and developing new skills.
Blaming is an energy-saving device allowing you to feel comfortable being
irresponsible.

Learning Instead of Blame

Here’s some examples of the freedom from effort. It is easier to blame than take responsibility for your education. Yes, true enough, education is the magic ticket out of poverty, low paying jobs, ignorance, stupid decisions, and cognitive distortions. And yes, you can pursue your education without going to college – go to the library. Buy a book. Learn how to learn. You have no excuse. But all of that takes energy and effort and you have to get yourself into the right state.  Too much work! Just blame your school, the teacher, your parents.

It’s easier to blame than to take responsibility for your relationships. Yes, no matter how you have been treated – how dysfunctional your original family, you can learn better. You can learn how to listen, care, be empathetic, forgiving, etc.  But again, that’s a lot of work!
That would require that you develop some patience and tolerance and understanding. Much easier to just blame.

It is easier, a lot easier also, to blame others for your lack of fitness and/or ill-health. Here it is really easy to blame genetics, your inherited temperament, the family you grow up in, the fast-food industry, your friends, etc. After, all have you ever considered how much effort, focus, and discipline it would take to get fit, eat healthily, and manage your eating, exercising, and sleeping habits.

Now if you want to really see blame thinking- listen to the politicians.
And sad to say, this includes just about every single one of them. Listen
to how they answer legitimate questions (not the “gotcha’ questions).
Something is chosen to focus on that indicates a weakness or fault in the
person or the political party and politicians have an incredible ability to
dance away from that issue immediately and swing their party around with an
equally large accusations about what the opposing party is doing.

The Cure For Blame Thinking

There is a cure for blame thinking and the linguistics of blame, but it is
not fast nor is it easy. It requires maturity, a willingness to own one’s
responses, an inner permission to be a fallible human being, and an
understanding that making mistakes is par for the course whenever you are
engaged in actualizing your potentials.